Banking Tradition and the Spirit of Cryptocurrency Adoption

When Max Weber wrote “The Protestant Ethic and the Spirit of Capitalism”, he basically started from a simple empirical inquiry: why did the industrial emerge in England fueled by Western ideas, instead of taking place in the historically more innovative China? His very influential assessment is that Protestantism has spearheaded hard work-driven innovation, and the foundations of our capitalist system are inherently religious.
In a nutshell, Weber has identified social and cultural factors that led to a great world-changing development.

In the same spirit, I’ve asked myself “Why did Belarus embrace cryptocurrencies so eagerly, while France waged war on “speculation and possible financial diversions”?

Perhaps that the first and quickest answer that one might provide has to do with geopolitics and events from recent years. Just like the New York regulators have used the “9/11 argument” while discussing with the Bitcoin supporters and investors, France has the experience of the Charlie Hebdo shooting, the Bataclan incident, and many other unfortunate situations.

According to the same rationale, Belarus has no such records and a Soviet legacy of highly intrusive intelligence services that make prevention really effective. Furthermore, the Eastern European state has a special interest in attracting investments that can potentially bring jobs and both cultural and structural development.

However, this kind of answer only scratches the surface and doesn’t approach the issue at stake from a deeper historical and cultural perspective. It’s as if Weber argued that England brought us the industrial revolution while Western thought was spread worldwide just because a brilliant generation was born and it had access to a colonial network- and it’s not that these arguments aren’t true, but they are shallow and merely observational in their nature. They don’t take into account other meaningful and impactful factors that are concerned with education and culture over an extended period of time.

And in our particular case of France and Belarus, we have different cultural and historical approaches to the idea of working with banking institutions.

The French state has a long history with banks and the government’s financial relation with citizens has been intermediated by these private institutions for a long time. We must keep in mind that BNP Paribas, Crédit Agricole and Société Générale are big transnational conglomerates originating from France and extending their financial power over many other states around Europe, the Americas, and Africa.

Their tradition originates in the 19th century and the various republican developments of the French state are connected in relations to these institutions. That is exactly why, when I spent six months in Paris as a master student, the bank account was the essential key to accessing basic services in the private sector. Without a proper bank account you can’t even get a SIM card for your phone (activation requires your French IBAN), rent an apartment with a contract, or buy discounted public transportation tockets for students. 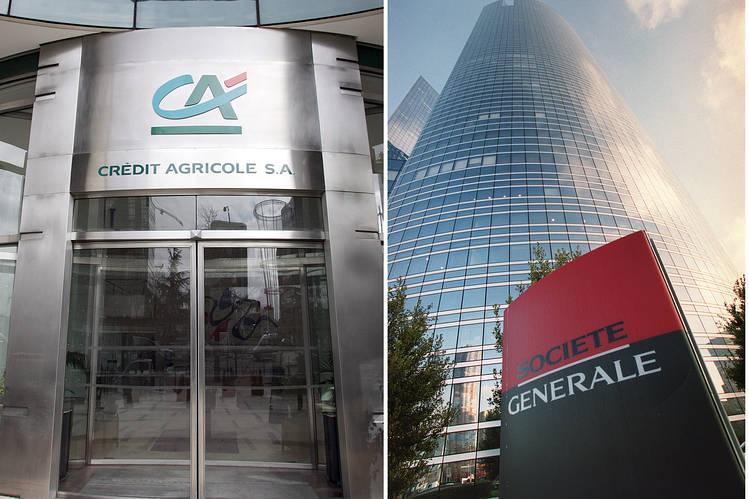 When Société Générale has refused my application on grounds of being Romanian and perhaps untrustworthy for their prestigious institution, I had to rent a room without signing a contract, pay a full price for the train tickets even though my student status entitled me to discounts, and ask somebody else to activate my SIM card as I paid the costs in cash. It was tough and discriminatory, but that’s how the institutional framework works in France and they tend to have a high degree of economic protectionism.

Perhaps this is also why they feel threatened by the disruptive technology of Bitcoin and other cryptocurrencies: part of their cultural and political domination over the former colonial states is guaranteed by the state’s close relations with the banks. This explains really clearly why the government officials were so quick in antagonizing cryptos by using the most incriminating and radical discourse in the book, and they even went as far as proposing a debate during the next G20 conference where they meet their allies.

On the other hand, Belarus sees a lot of economically and politically disruptive potential in cryptocurrencies. This kind of technology can change history and bring a new financial order to the world, so it makes sense that they want to jump on the train of innovation and partake in the paradigmatic change of a system that doesn’t deem them as winners. As you probably know, Belarus used to be part of the USSR and since gaining its independence in 1991 it sought to integrate into the Western globalized world. The fact that they switched from a centralized communist form of government to an open democracy means that they have a short history of private banks and most likely deal with mammoths of the industry that saw potential in providing supply to a confused demand.

To Belarus, cryptocurrencies can be the winning lottery ticket which changes the nation’s role in history and strengthens the economy. Because really, why would they blindly follow a system that’s proven its flaws in recent years when they can contribute to something greater that can disrupt the way out civilization exchanges value?

The analysis can be applied to other states.

In many ways, cryptocurrencies spearhead a new clash between civilizations where the current elites hang onto their values and customs, while those who fell behind have the historic chance to get ahead and support innovation. It’s much more than a dull Marxist class struggle scenario and it’s about the global financial system.

When Satoshi Nakamoto published “The Bitcoin Whitepaper”, it’s very unlikely that he envisioned that his brilliant invention would bring complex geopolitical developments and competition between nations.

And the truth is that cryptocurrencies can finally offer a more accountable and fair financial system for the world. The French government cannot trace and account for every Euro bill that it issues through its central bank, but the Bitcoin or Litecoin ledger can show precise information about every monetary unit ever created. Every coin has a history and a transparent way of checking it, so it’s nearly impossible to create tax evasion and money laundering in such a fixed framework. That’s why the kind of FUD that governments spread is so dumb, misinformed, yet effective.

But in hindsight, similar comparative analyses can be made for the cases of other nation states with similar historic and cultural backgrounds, and the results will be similar. New democracies that try to be a little more than an expansion of Western markets are more willing to make bold devisions invregards to disruptive technologies.

A good example can be Estonia, a state that developed tremendously thanks to the information technology and continues to finance innovation. They vote online, recognize human rights on the internet, and seek to create a proprietary cryptocurrency that keeps the nation on the tech avant-garde and incentivizes investors from this sector to move their operations over. What does Estonia have in common with Belarus? Right, it’s yet another former Soviet state!

Perhaps that it would be wise for cryptocurrency investors and enthusiasts to seek partnerships in Central and Eastern Europe, as well as the new Asian democracies from the former Soviet Union.

Max Weber, “The Protestant Work Ethic and the Spirit of Capitalism”

All The Articles
Game of Thrones : A Political Science Approach to Westeros

House of Cards, Season 5: Why Romanians Will Find It Familiar
Vlad Costea