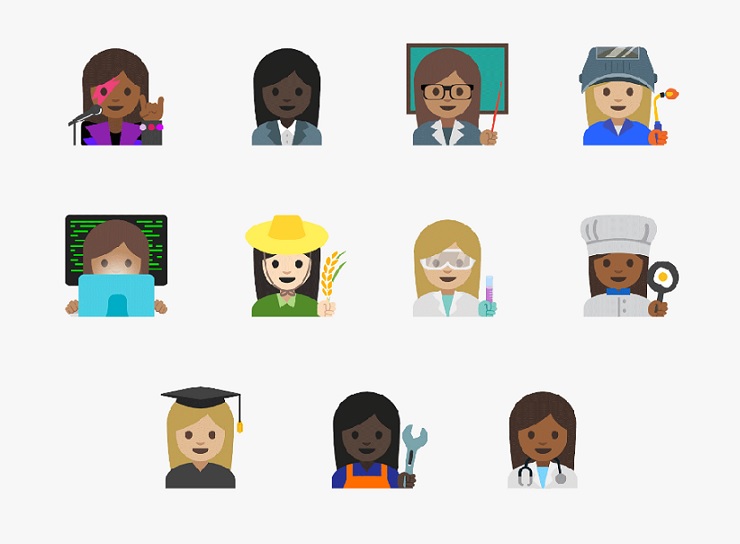 2016 is over and we find ourselves looking back at the moments which made it such an interesting year. Wishing to grasp the events and to understand the facts as they unfolded, here is one of the conclusions 2016 bears on its shoulders: it was not a good  year for women in politics. This article aims to provide a very brief account of events which led to this supposition.

The political world as we know it today was shaped by various movements which led to bettering the societies, from the civil rights movement to votes for women and universal human rights. Starting the 20th century, women were gradually given the right to vote in Western and Eastern Europe, Australia, America, parts of Africa, Asia and Oceania. Present day, after almost a century later, women politicians still account for less than they should. In the United States, for example, women hold 19.4% of the seats in Congress with 104 out of 535 members. Only 307 women have won a seat in Congress throughout history out of whom solely 54 women of color. Which contrasts with the fact that the United States is populated with around 5 million more females than males. According to the last census, 50.9% of the American population were females and 49.1% were males.

The gender gap is not a new topic on the agenda. In fact, it has historically been one of the phenomenons the United Nations has been concerned with since creation. Perhaps the first step in this direction was made with Eleanor Roosevelt in 1946, the 1st Chair of the United Nations Human Rights Committee and later on in 1948 with the Universal Declaration of Human Rights. In 2010, the United Nations availed the world to the UN Women, the United Nations Entity for Gender Equality and the Empowerment of Women. In 2015, upon adoption of the Sustainable Development Goals,  pillar no. 5 of the strategy aims to  “achieve gender equality and empower all women and girls”.

So what happened in 2016? 2016 was vested in with a great potential for fellow ladies. 2 key events were to shape the near future, namely the first woman to hold the UN Secretary General office and the first female president of the United States. Given their high profile positions, the two were to speak to the world that “we [females] are here and we mean business now more than ever before.”

UN Secretary: Irina Bokova, Christiana Figueres and Kristalina Georgieva lost the race to Antonio Guterres, longstanding chair of UNHCR. Since Korean Ban Ki-moon’s term was approaching its end,  rumors were saying that the UN will appoint this year its first female Secretary General and that it will most likely be someone from Eastern Europe. Irina Bokova, head of UNESCO and Kristalina Georgieva vice-president of the European Commission were both fitting the pattern, given that they hold Bulgarian citizenship. Irina Bokova was the name spoken about months in advance and it was to everyone’s surprise that Kristalina Georgieva entered the race in the last moment, but with a strong approval from Bulgarian authorities. It was also expected that Russia will push for one of the two, thus prolonging the elections to an extended period of time. In the end, it was not the case, as Antonio Guterres won 13/15 votes,  2/15 were abstaining and 0 vetoes.

US Elections: Hillary Clinton lost to Donald Trump. She was the endorsed candidate from the Democratic Party, she enjoyed the support of incumbent president Barack Obama, and the one between the two to have relevant political experience, holding important functions, out of which the most important was Secretary of State during 2009-2013. In a hectic electoral campaign, she rallied at her side Americans of all socioeconomic categories, youngsters, minorities and celebrities such as Miley Cyrus, Beyonce (sic) and Jay-Z. She was harshly attacked by her counter-candidate Donald Trump over her electronic communication as a Secretary of State which was followed by the hacking of her Vice-President John Podesta’s email, and current allegations of Russian interference. Despite winning the popular vote, Clinton lost the electoral vote and missed the chance of becoming the first female US President in history.

2 female presidents of the world were impeached in 2016, in Brazil and South Korea. In Brazil, Dilma Rousseff was suspended from office in May. She was replaced by interim Michel Temer. The Parliament decided in August she was culpable of hiding national deficit before the presidential campaign of 2014, when she was re-elected, as she and the leftist Workers’ Party stated she is the victim of a political coup. She could not attend the Olympic Games of Rio de Janeiro 2016 as president of Brazil. In South Korea, Park Geun-hye was impeached by the Parliament on the 9th of December, following corruption allegations. She is suspected to have extorted money and favours from private companies as well as blacklisting South Korean artists known for their critique to her address. According to South Korean legislation, the Constitutional Court has to pronounce on the decision till May. It can either reinstate her or agree with the Parliament’s decision.

Eastern Europe: 2 female presidential candidates lost the elections in Bulgaria and Moldova, Republic of. In Bulgaria, GERB candidate Tsetska Tsacheva, backed up by Prime Minister Boyko Borissov lost the elections to Russophile Rumen Radev, independent candidate. The bitter results for GERB materialized in Prime Minister Boyko Borissov resigning from office. In Moldova, Action and Solidarity Party’s Maia Sandu lost elections to socialist pro-Russian Igor Dodon, following controversial oversea voting. Pro-Dodon voices spoke vehemently against Maia Sandu throughout the electoral campaign, such as the Moscovite Patriarch critiquing her for not having children. She was also targeted for allegedly being lesbian. You can read more about the elections here.

In Romania, the President refused naming Sevil Shhaideh as a Prime Minister, who would have been Romania’s first female Prime Minister in history. Following the parliamentary elections of 2016, president Klaus Iohannis refused to vest in Sevil Shhaideh, Minister of Regional Development, the person pushed forward for the Prime Minister’s office by PSD-ALDE. Her name sparked debates in the society for belonging to a national minority (Turkish-Tatar), being married to a Syrian husband and for being a Muslim. Those uninterested in this aspect were pinpointing at her lack of savoir-faire to occupy such a position, but indicating she has only been proposed for the office because of her close ties to the president of the Social Democrat Party, Liviu Dragnea, currently unable to hold the function of Prime Minister, as he has to serve a 2 years prison sentence for frauding 2012 elections.

** N.B. The cases presented here do not necessarily mean that they should be victimized. I did not intend to agree/disagree with the politics of some of the persons mentioned here. In a democracy, the power strings given to the population, e.g.: voting, and the power of the legislature to impeach a person from office are Constitutional and legitimate. Whether collective mindset is yet ready to wholly commit to female politicians holding high power offices is a different topic. 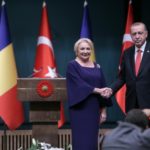 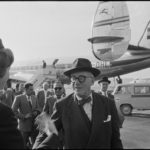 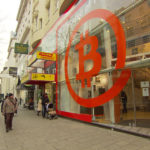 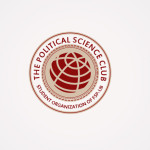 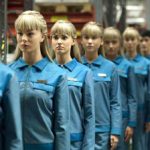 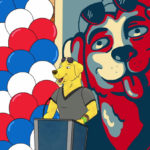