Politics is getting more personal and divisive than ever. Whether it is Remainer versus Brexiteer in the UK, the Democratic Resistance movement versus the Alt-Right “Trumpians” in the US, pro-Macron versus pro-Le Pen in France and so on, we have seen proof of it almost everywhere. Politics is no longer about bland men in grey suits debating over obscure budgetary issues in a language understood only by other bland men in grey suits. It is a gritty, heart-to-mouth debate on personalities, measures and futures which virtually no one can escape.

Among this state of mind that must be torture for centrists all over, one issue has been upheld by all actors, all parties and could be found in every major debate within the last year and not only – unity. Within one breath, Trump would encourage his supporters to punch protesters or incite hate towards media unfavorable to him while claiming that he is a “unifier”. Under the infuriated “Trump!” chants of the US flag-clad working middle class, Ted Cruz urged the Republican delegates at the Republican National Convention to “vote your conscience”, essentially refusing to endorse Trump. Immediately after, he concluded with “we will unite the party”. The need of unity was again dragged over the bloodied primary competitors that lost, used to cover up the reality of the hostile Trump take-over.

Moreover, let us not forget that Hillary Clinton’s campaign slogan was “Stronger Together”, understood as both a message to all minorities and all women in the US. All these messages make perfect political sense, because no one openly wants to be divisive. We’re hard wired to view conflict as something inherently bad and destructive and we’re taught that cooperation is the key to success, as every corporation, large or small, has “teambuilding” courses for its employees.

After conducting the most xenophobic and hate-filled campaigns in modern Romania, PSD president Liviu Dragnea, among other leading figures of the party, imbued their electorate with the idea that the president, himself part of an ethnic minority, is trying to divide the country. The logic of that narrative escapes me to this day. However, the idea was immediately accepted by the cohorts of PSD supporters and used to lead the debate away from the attempt to decriminalize corruption to the endangered “national unity.” In Romania and the US, we consistently hear “he has to be a president for all Romanians/Americans”, again a cry for unity. This kind of ethno-populists often evoke a fictional time of the past in which the nation was “united”, only to be later affected by the disruptive schemes of foreigners, who strive to keep the people from reuniting.

Why this almost organic need of unity reminiscent of tribalism, the one thing that people and politicians across the left-right spectrum from around the world always come back to, regardless the issue or the tone previously used? My argument is that aside from being an instrument of populists everywhere, this concept of unity is intentionally misused and largely misunderstood as “working together”. 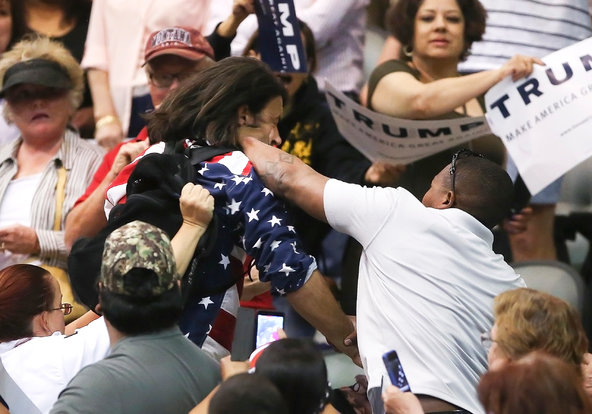 Anyone who has ever taken part in a group project knows that there is no inherent strength in unity – groups are most often non-efficient and hard to coordinate. What we need is the kind of unity of concept that Linz and Stepan referred to, one which makes democracy, liberty, equality before the law, the separation of powers, individual rights and all the other things we take for granted “the only game in town.” You, the Lacanian Great Other, must understand what I’m saying and transmitting to you beyond words. I, in turn, must attempt to grasp your entire world view and decode your understanding of issues. Essentially, we do not need to agree. That is the wrong kind of unity that leads to suppression of dissent, majoritarian rule and totalitarianism.

Look at the market. The free market is perhaps the best argument against this frenzy for unity that we see in politics – fragmented, locked in permanent and merciless competition, so much so that top corporations change almost every decade, the mechanism of the free market has consistently given us better quality products and services for lower prices. It is why we have the array of items that make our lives modern – from our complex, previously unimaginable gadgets, to cheap high-quality clothes or even our morning coffee, shipped from thousands of miles away. The corporations making up the market do not in any way “work together” in unity – they only abide by a set a rules which apply to all of them unconditionally, thus making a unity of understanding among all of them.

Some ideas are inherently at odds with each other and will never meet – I support gun control, you  paint the second amendment on your T-shit; I support a federalist Europe, you are afraid of being ruled by foreigners; I need someone competent and prepared in office, you entrust the position of commander in chief to a guy with a red hat; I support free trade, you are more protectionist; I believe we should respect minorities, be they sexual or religious, and treat them equally, you believe that a 90-year old financial speculator is trying to rule Romania and the Democratic Party. Ideas differ, but as long as we speak the same language and do not ideologically cover our ears and start a screaming contest, we have unity of understanding – the type that matters. And that is precisely what should occur in a democratic setting.