Modern democracy has drifted far from the average individual. The best example is probably the EU, a supra-state construct that functions through an unending number of bodies, branches, committees and institutions, discouraging people from even trying to grasp its drives and methods. Thus the easy task of Brexiters to vilify Brussels and cause British citizens to furiously google “What is the EU?” in the aftermath of the elections.

But it’s not just the EU. Politics, at every level and in every democratic country, has become the realm of interested groups which, through campaigning and financing campaigns solely directed at gaining votes, aim to get into power or push a certain agenda. They are, in most cases, the only ones who successfully tackle the web of procedures that surrounds the tower of government. Politicians, still referred to as leaders, have grown distant to their constituents and foreign to their needs and wants. Hillary, with her awkward attempts at appearing relatable, perhaps embodies this reality best.

However, the election of Donald Trump is certainly not our first political shock, nor will it be the last. The first shock passed largely unnoticed to mainstream media as it occurred in Poland during the last legislative elections, in October 2015, when the conservative and catholic Law and Justice party obtained majority and formed the government. In office, PiS proved economically protectionist, rejected receiving migrants that were not Christian, attacked sexual minorities through the voice of its founder and former president Lech Kaczynski, brought the public TV station under the control of the Finance Ministry and tried to impose a ban on abortion despite the strict rules already in place in Poland. 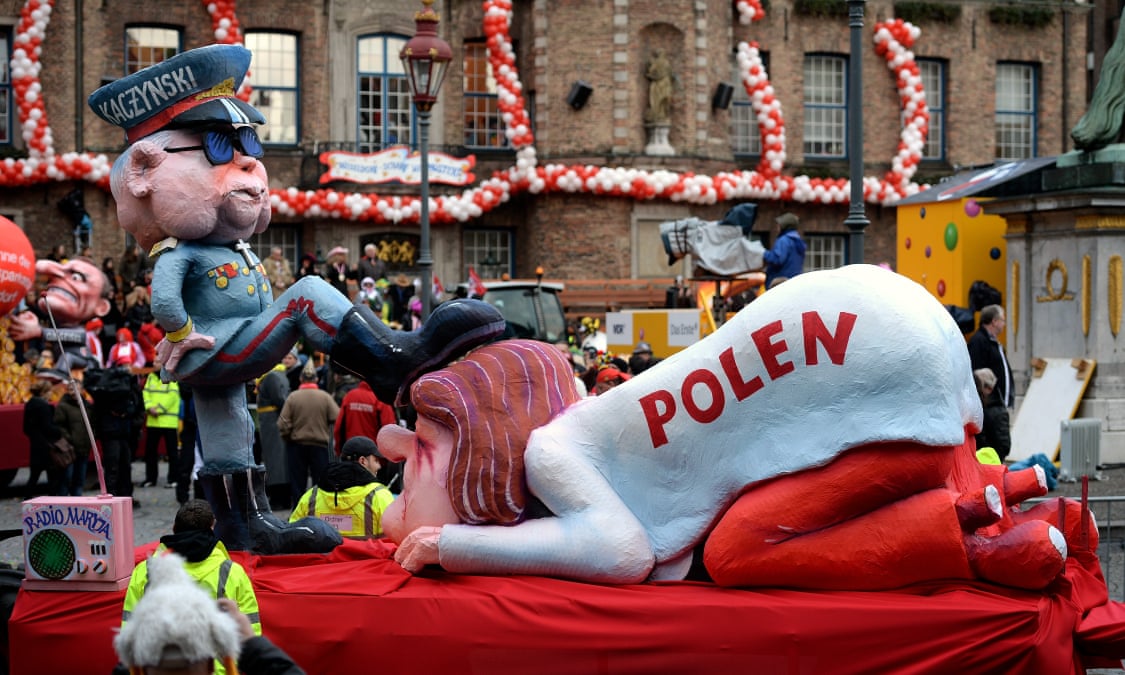 In April, Europe sighed with relief when the Green Alexander Van der Bellen narrowly beat the candidate of the conservative, anti-immigration Freedom Party of Austria, Norbert Hofer. However, after the Constitutional Court of Austria found that electoral rules were disregarded in 14 administrative districts, it annulled the results and scheduled a re-vote in December 4th.

In France, after its success in the 2015 regional elections, the nativist Front National party looks forward to the presidential elections that will take place in April. Shaken by terrorist attacks and undergoing an extended state of siege, the French grant a disastrously low approval rate to incumbent president Hollande – only 4%, while for more than a year polls have been showing that FN’s Marine Le Pen will place first in the first round of voting. As far as the second round goes, French mainstream parties are expected to rally behind whoever will run against Le Pen.

In Germany, after the September regional elections in which the right-wing populist party AfD bested Chancellor Merkel’s party in her home state of Mecklenburg-Vorpommern, outcries against immigrants and Islam echo over Merkel’s unwavering support of her refugee policy. As the new US president can hardly be thought of as the “leader of the free world”, Timothy Garton Ashe looks at Merkel as having the best claim to the title, while constantly under attack herself.

Returning to Trump’s campaign, Yascha Mounk stresses that “a shockingly large number of Americans were not put off by this authoritarian rhetoric” and that “politics in the United States keeps getting more tribal.“

So who is part of “tribal America”? Who voted for Trump? We shall follow a BBC report that takes gender, age, race, income and education as variables.

Surprisingly, in the election that offered the opportunity to elect the first female president in the history of the United States, gender was not a divisive issue, Trump securing 42% of the female vote and 53% of the male one, despite his numerous controversial comments regarding women. Neither was age a decisive factor among voters, with both candidates splitting the 30+ electorate, while 55% of the (few) young voters supported Hillary. With respect to race, whites made up 70% of the total number of voters and 58% of them supported Trump against Clinton’s 37%, while black and Hispanic voters overwhelmingly voted for Clinton.

As to income-based voting, 52% of those on low incomes (below $50,000 a year) supported Hillary compared to 41% supporting Trump. However, Clinton’s results in the low-income voter base are lower when compared to President Obama’s in 2012 – 63%. Among those earning more than $50,000, 49% supported Trump against 47% for the democratic candidate. The rural vote went 62% in the direction of Trump, together with 51% of the support of voters with a high school diploma.

As Tocqueville and Tawney noted, despite the egalitarian myth of America, material success remains the true criterion of moral value for most Americans. It is proof, according to puritan ethic, that they are “redeemed” and worth of high positions within society. In support of this theory, Joan C. Williams stresses that ”one little-known element…is that the white working class (WWC) resents professionals but admires the rich”. This is why President’s Obama plea in support of Clinton’s competence and experience, which adequately made her a professional, fell on deaf ears, while Trump successfully appeared as a “winner.”

According to our previous statistics, Clinton received the support of the majority of the low-income segment of voters, what 20th century political theorists would call “the masses.” In the US, low-income does not equal working class. These angry-faced, sign-waving, rowdy, always white people we consistently see in pro-Trump rallies are by all accounts outside traditional political science. We cannot depict them as racist, job-dependent simpletons nor as the poor and angry masses out to hang members of  the 1%, if only for the fact that they voted one of the 1% into office. They are the ones history and politics left behind after economy was done with them and their labor. The ones who defy the median voter theorem, humiliating pollsters. The ones psychologically threatened by any technological advancement that would make their work redundant. The ones that naively rally behind an “outsider”, trying to oppose an “establishment” they do not understand. The ones who feel humiliated when they cannot say what they mean anymore due to the dominance of political correctness. The ones who look at foreign policy with a mindset engulfed by the “us against them” logic. The ones who despite countless school shootings, still remain more fearful of their government than of their armed neighbors. The ones who think global warming is a matter of faith. The ones who believed Trump when he said he’ll send Hillary to jail, proving a total ignorance of the prize jewel of liberal democracy – the separation of powers. The ones who feel that gay couples somehow threaten the children. The ones who find solace in religion and stereotypes, despite having a decent education and living in a multicultural environment.

They are the conservative working class and they are on the rise. We can only witness their ascent, arms locked around us and faces frozen in a mistrusting glance. In the end, we can say that it was not communism that politically redeemed workers, but right-wing nativist populism, marking its return from the graveyard of history to once again threaten liberal democracy in its craddle.

B.H. Tawney – Religion and the Rise of Capitalism